5 best ways to test your apps

October 22, 2020
When developing a software product, there comes a moment when you need to test a new feature. And in general, a moment when you finally need to make sure the application does what you want it to do. Or the classic case, that it doesn’t crash in the middle of you inputting your name to test registration. It is quite hard, though, to balance between quality and the release date of a software product. Teams constantly face obstacles on their way to implementing new functionality, pushing themselves to test quicker and more efficiently. It is estimated that 20-30% of development time goes into testing any software project at best. 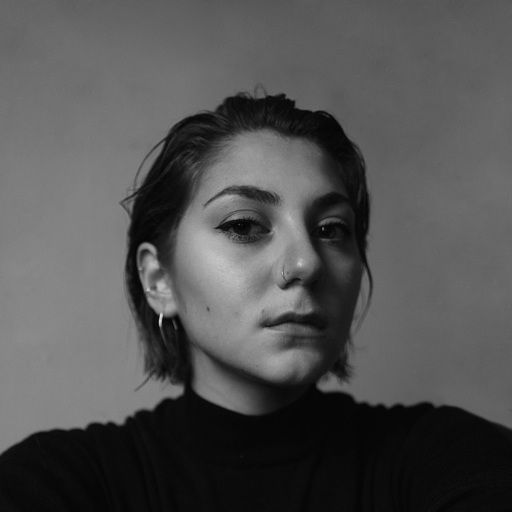 Correctly prepared testing processes can speed up the whole process, and most importantly, ensure that the released software will not end up crashing and worsening their reputation in the eyes of the user.

A 100% bug-free software is nearly impossible to develop. But a team can dream and thus work their hardest to come as close as possible to this goal.

Here, we give a summary of possible ways you can go about testing; from efforts you can put yourself from the beginning to stress testing your application using outside resources. We also give the advantages and disadvantages of each approach and scenarios when each of them can benefit your testing the most.

What is in-house testing?

Testing your application using your own resources and capacity within the team of developers is perhaps the most commonly used approach. Even if other methodologies are applied within testing, in-house testing tends to happen first, quite naturally flowing during and after the development process.

There are, however, several ways developers usually can go about testing the applications.

While testing can be manual or automated, many methodologies include both and usually are categorized into functional and non-functional testing.

Read more about functional and non-functional testing and their differences.

Without the problematic aspects, verifying that the application works the way it should fall into functional testing methodologies.

Some of the methodologies widely used by teams are (but not restricted to) the following:

Quite commonly, big projects are divided into smaller chunks. The parts can therefore be seen as an iteration, each being developed sequentially. At the end of each iteration, a new part is developed, or an existing part is enhanced. As soon as an iteration is completed, the whole system can be tested.

When the results from testing and feedback are available, it gets incorporated into the next iteration. One of the things that typically happens is that the experience from past testing phases speeds up the process, resulting in a quicker implementation process and better system understanding.

When is the best use of iterative testing?

Iterative testing can serve well as a team, which already works in an iterative fashion. If the project is already laid out with iterations in mind, this testing methodology can provide powerful means of gradually improving software while avoiding disruption to user experience.

Most things that are common sense to you might not be that common to the users. When exposing your application to the world, you can expect some users to do what you would expect them to do. But sometimes, if not most of the time, users can provide strange inputs you would never expect.

Hence, making sure your application can face any sort of oddness is good practice.

Monkey testing is an interesting alternative to the old school, structured testing. Its whole purpose is to expose the program to the most random conditions you could possibly think of. It does not have rules and does not follow any predefined strategy.

Although it might seem like monkey testing would be done in chaos, this technique is commonly automated. Programmers write short scripts that can generate random inputs and feed the application to analyze behavior.

When is the best use of monkey testing?

This technique works very well when you are just starting off with the testing before going into testing critical functionality, e.g., transactions, server communications. Your goal is to try breaking your application by providing non-stop random inputs.

Regression testing sounds much more complicated than it is. It simply means re-executing some or all previously developed test cases to ensure that old code still works after recent changes. It is also worth noting that some teams prefer manual regression testing to automated ones due to higher flexibility.

When is the best use of regression testing?

Regression testing works very well when you are working by Agile methodology and/or there is a slight change in the requirements for your application. It can also be used after performance issues have been fixed, and you need to check that the application still complies with the tests.

Many teams nowadays lean onto software separate from the software being tested to see if their applications produce any bugs and meet the requirements. These tools run internal algorithms and production methods, some of the mentioned above, reducing the amount of testing and effort the team itself has to put in.

Tools available online provide access to testing within many areas, such as web applications, database, and scripted testing.

When is the best use of outsourcing?

Automated tests, especially those outsourced to other companies, can work well in companies, which are busy with documentation and have the resources to do the initial set up. For example, if the running of the tests is an issue, and the team does not have the capacity to think of all testing scenarios, they can refer to the available tools. The good thing is, these tools have the construction of those cases as their main priority.

This can work especially well when the automated tool focuses on tests suited for the kind of domain you are interested in. For example, if the application needs a lot of security testing, a tool that already contains the exhaustive scenarios might be just what the team needs.

At first glance, this approach might seem like a perfect solution, but as always, there are some tradeoffs. You can see the overview of the advantages and disadvantages below to make your call.

Pros of outsourcing in the app testing:

Cons of outsourcing in the app testing:

You can read more about outsourcing in testing and its benefits in this article.

Focus groups, previously used predominantly in market research, have recently been growing in popularity within user research and software testing as well. The group usually consists of 5 to 10 people who work with a facilitator or a researcher. Focus groups are usually run offline, although online research can be conducted, too.

When is the best use of external focus groups in testing?

Focus groups provide a useful method to investigate complex behavior and how it changes throughout the ‘experiment.’ If you are looking into understanding how users feel and what their initial subconscious reactions may be (e.g., facial expressions, opinions), focus groups can be a great source of information that may not be available otherwise.

Buglance is a crowdtesting platform that provides a testing approach that does not fit entirely into any of the categories given above. Our platform crowdsources its testing to more than 40,000 testers on about 10,000 devices.

How is it different from an outsourced automated testing tool? Well, superficially, it sounds like one. However, there is a caveat to it. There are no predefined set of tests and no compliances to fit to be able to run tests.

It gives access to thousands of testers around the world that are using the application and reporting bugs, most of the time, as early as in 24 hours.

Importantly, it differs from automated tools in the variety of devices you can test your application on. And even more importantly, the crowd of Buglance reveals bugs that the developer teams might not have ever even thought of.

To get more detailed information on affordable pricing rates and what more do Buglance offer, request a demo today.